Ioannina is a city which is full of legends and traditions. Even visitors who have been in the city again always have a lot to explore.

The rich history of the city dates back to the Paleolithic period (38,000 years ago). It is the city where king Pyrrus reigned.

According to historical records the city as it is nowadays was founded in the 6th century by the Byzantine emperor Ioustinianos. During the Ottoman times and especially during Ali Pashas’s reign Ioannina used to be an exceptionally important financial crossroad.

The city is one of the few cities which have Ottoman monuments something which proves that it has always been multicultural since Christians, Muslims and Jews co-existed. This co-existence has marked the area something which is evident nowadays in the city center.

Stoa Louli arcade is one of the places where the three communities cooperated and progressed. Initially the arcade was an inn but later on it was an important commercial center of Epirus.

While touring the area seeing the sights and visiting the museums you will be transferred to another era full of secrets and legends. Beautiful buildings such as the Hussein Matei House, the Ottoman mosque of Veli Pashas and generally the city center are only some of the most important sights.

Nowadays Ioannina has all the makings of becoming the financial center of Southeastern Europe. In 2017 the airport will be ready to conduct international flights.

The airport of Aktio, which is already an international airport, Egnatia road, Ionia road along with the constantly developing port of Igoumenitsa are going to boost Epirus financially, touristically and culturally.

Epirus is a paradise for nature lovers as there endless interesting places for them. Visitors have fast access to Metsovo (within 20 minutes), to Zagorochoria, to Tzoumerka or to Tymphi (all within 40 minutes). The latter is an ideal destination for climbing up the mountain Gamilla.

Don’t miss the opportunity to go rafting and canyoning to the rivers Arahthos and Kalarrytikos and also hiking in Vikos gorge. It will definitely be an once-in-a-lifetime experience.

Those who love water sports can dive in Ovires Rogovou or swim in the natural ponds which are located between big and small Papigko.

Find some time to visit Profitis Ilias Monastery in Zitsa as well as the village Lithino where Theogefyro is. It is about a natural bridge above the river Kalamas. It is worth visiting Dodoni, which is an important archaeological site protected by UNESCO, and the interesting villages around.

Some other areas which are worthwhile are Konitsa, Mastorochoria, Pogoni and Mpourazani, the Monastery of Molyvdoskepasti, the neighbouring villages known as Katsanochoria as well as the constantly developing Tzoumerka where the stunning Anemotrypa cave is.

Not to miss in Ioannina

The Greek expression “Pashas sta Giannena” signifies a particular person’s wellbeing and that Ioannina has always been a luxurious and aristocratic city.

The broad spectrum gastronomy of Ioannina will satisfy every taste. The lush mountains of Epirus offer a wide range of herbs and spices which give special taste to the regional food. The fish of the lake like eels, lake trout together with the frog’s legs are a landmark of Ioannina.

The traditional sweets are world-renowned. The delicious “sker mpourek” which means sweet pie, the exceptional “baklava” and all the other syrup pastries are only some of the memorable delicacies.

Liqueurs are completely original products which cannot be found anywhere else. They are alcoholic beverages that are a blend of alcohol made from fruit, herbs and flavours that are derived from fruit. Enjoy them with ice.

In the traditional coffee shops of the area you can taste the delicious “sermpetia” which is a variety of very sweet wines with fruit and flower flavours. 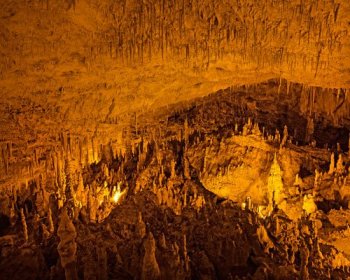 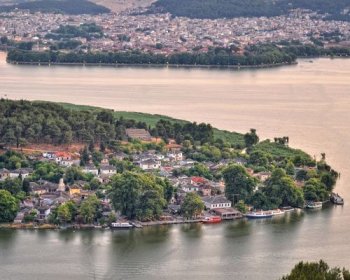 The Island of Ioannina 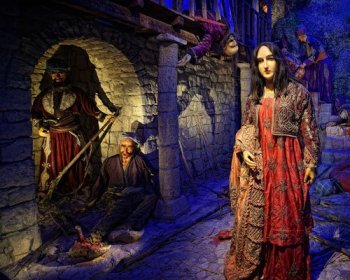 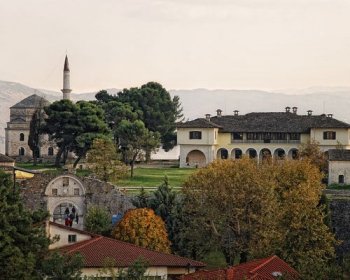 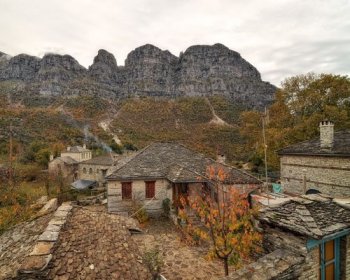 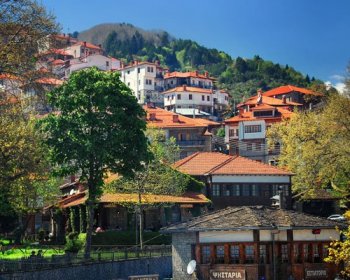 In the Greek Hospitality Awards 2019, SAZ City Life has been awarded the gold under the category Best Greek Lifestyle City Hotel!

Thank you all for your support.

In the Hotel Design Awards 2017, SAZ City Life has been awarded under the category Best Hotel Lighting!

Did you enjoy your stay?

Write a review about your experience at